Hello September! It is time for the grapiest grape around, the Concord grape. For those of you with kids raised on white and red grapes, you will now be able to explain with authority that Welch’s grape juice is truly made from grapes. Fear not the seeds, they are loaded with omega-3 fatty acids and are very good for you…just swallow or chew.

This week’s Herb & Allium Subscription includes two herbs reputed to be aphrodisiacs and one that enhances fertility, so be forewarned!

Savory:  The Latin name for savory is a derivative of the word for “satyr,” the half-man, half-goat with the insatiable sexual appetite. The French herbalist Maurice Messeque claimed savory was an essential ingredient in love potions. Savory herb is the inspiration for the word savory when used to describe flavorful foods. It is a wonderful addition to cabbage, just ask a Romanian.

Lovage:  Lovage is the marriage between celery and parsley. Its name is derived from the words “love” and also the medieval name for parsley, “ache”. Medieval herbalists considered lovage an aphrodisiac; the great Charlemagne had all his gardens planted with “love-parsley.” The leaves can be used in salads, or to make soup or season broths; however, there is a particular romance between lovage and potatoes.

Sage:  Sage has a long history as a medicinal herb and was used in ancient Egypt as a fertility drug. The name sage is derived from the Latin word, salvere, which means “to be saved.” Try making sage butter. Melt butter until golden brown and add finely chopped sage. 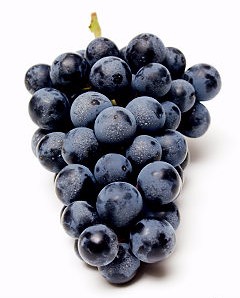 Just eat them with the seeds! These are too delicious to fuss around with.